Inside the Soundscape: My Shadow is Pink

Discover the story behind soundscape designer Eric Lagergren’s heartfelt take on this story of growth and acceptance between a father and son.

The soundscape for My Shadow is Pink is a great way to spark discussions about individuality and acceptance with your little learner. The upbeat music and interactive sound effects make this a fun and positive learning experience.

We spoke with Novel Effect soundscape designer Eric Lagergren to gain insight into his process for creating this impactful soundscape.

Lageregren first opens up about his initial reaction to the book, the designer explains, “My Shadow is Pink struck such an emotional, personal chord with me during the first read through of the book. I saw myself in the book’s protagonist.”

The main character is a young boy that identifies with a pink shadow. His bright shadow loves sparkles, princesses, wearing dresses, and other things that are ‘not for boys’. He embraces his shadow cautiously behind closed doors, knowing his family tree is filled with strong blue shadows.

Lagergren continues, “His struggles were eerily similar to my own.” With a strong connection to the book, the composer thoughtfully designed music to portray a “playfully gentle waltz” to embody the boy. He accomplished this with a flute and celeste which he used to, “underscore his shadow’s love of dresses.”

“Where this book really shines, however, is in it’s characterization of the main character’s dad.”  To reflect the dad’s gruff outward appearance, he used a bassoon to create a contrasting musical theme that is, “march-like and rough in timbre”.

Interestingly, Lagergren created these two musical compositions to oppose each other. His goal was to, “emphasize the personal struggles the characters face in trying to connect with one another.” As the father and son connect towards the end of the book, the opposing musical compositions do the same, “The dad’s theme morphs into a waltz that plays off of the boy’s theme, while the boy’s theme appears at an upbeat tempo in 4/4 time.”

Through these creative choices, Lageregren shows that the characters “retain their individuality but are now free to embrace what makes each other special.”

Check out this soundscape with your little learner to see why different is best!

Open the soundscape for My Shadow is Pink

Scan QR code with a mobile device or tap below. 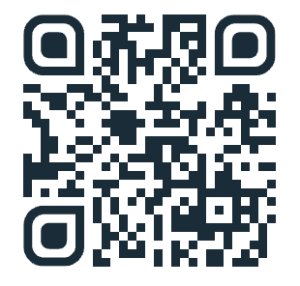